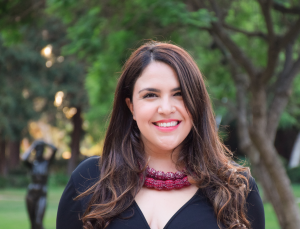 Her first book, Drawing Deportation: Art and Resistance among Immigrant Children (NYU
Press, 2023) argues that immigrant children are not passive in the face of the challenges
presented by U.S. anti-immigrant policies. Based on ten years of work with immigrant children
in two different border states—Arizona and California— Drawing Deportation gives readers a
glimpse into the lives of immigrant children and their families. Through an analysis of 300
children’s drawings, theater performances, and family interviews this book at once devastating
and revelatory, provides a roadmap for how art can provide a necessary space for vulnerable
populations to assert their humanity in a world that would rather divest them of it.
Her writing has also been published in Latino Studies, Aztlán: The Journal of Chicano
Studies, the Association of Mexican American Educators Journal, AERA Open, American
Psychological Association’s Handbook of Adolescent and Youth Development, and the Harvard
Journal of Hispanic Policy and in the books: Why do they hate us? How racist rhetoric impacts
education and The Chicano Studies Reader: An Anthology of Aztlán 1970-2019. Support for her
research has been funded by the Ford Foundation, the Institute of American Culture, UC
MEXUS, American Association of University Women (AAUW) and through collaborations with
the Social and Public Art Resource Center (SPARC), and the Los Angeles Unified School
District (LAUSD).
Before joining UCSB’s faculty, Professor Rodriguez Vega was a UC Chancellor’s Postdoctoral
Fellow at UCSB in the Department of Chicana/o Studies and prior to that she was a Provost’s
Postdoctoral Fellow at New York University’s Steinhart School of Culture, Education, and
Human Development in the Department of Applied Psychology.
Dr. Rodriguez Vega grew up undocumented in Phoenix, Arizona as part of a mixed-status family
from Chihuahua, Mexico.
Twitter: https://twitter.com/SilviaSiSePuede 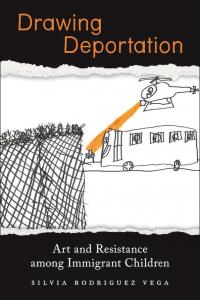